The Romanian House of Parliament is among the visible man-made structures in Eastern
Europe – from outer space. It is also the building that defines modern Bucharest. Built with
incomparable sacrifices during the last decade of one of the most tyrannical regimes in
recent history; it is now attracting tourists from all over the world. Some may hate it,
others may love it, but no one can ignore it.
We felt that our story projected on this landmark of history and architecture deserves to
pay a homage to the story of the city it represents and from which it will never be
separated. Bucharest, as a city started in immemorial times. It is said that name Bucharest
comes from the Shepard Bucur.

So, we created an alternative legend of the shepherd settling down in these special part
of the world. Although, we integrated all the four main elements of nature: fire, water,
land and sky. And a fifth one that brings the legend to its climax: the stars.
Each element is dramatised by traditional Romanian mythical creatures interacting with
each other and constantly bringing new twists to the story.

Everything is narrated by a sage old storyteller in order to bring more charm to the whole
experience. 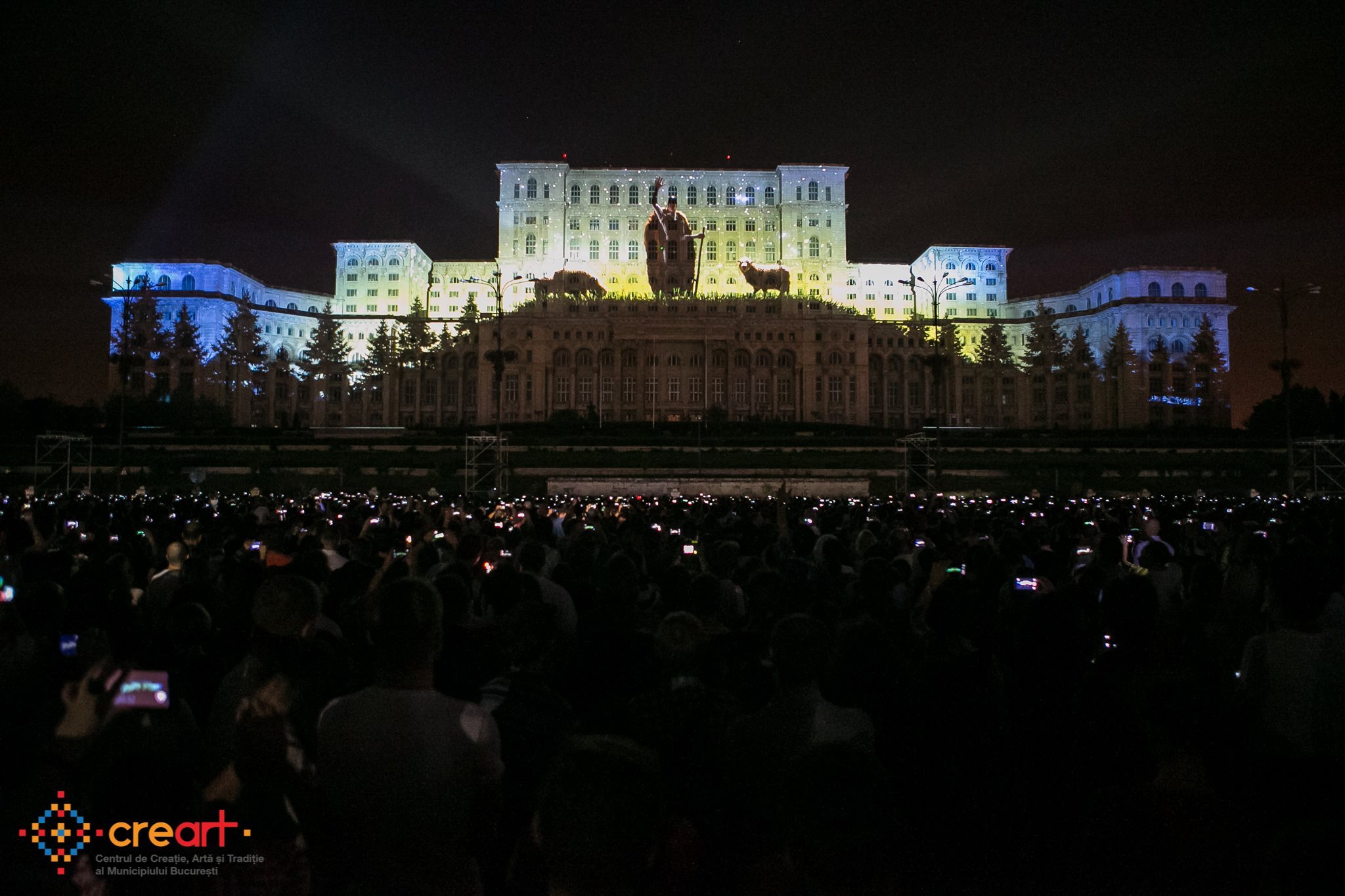 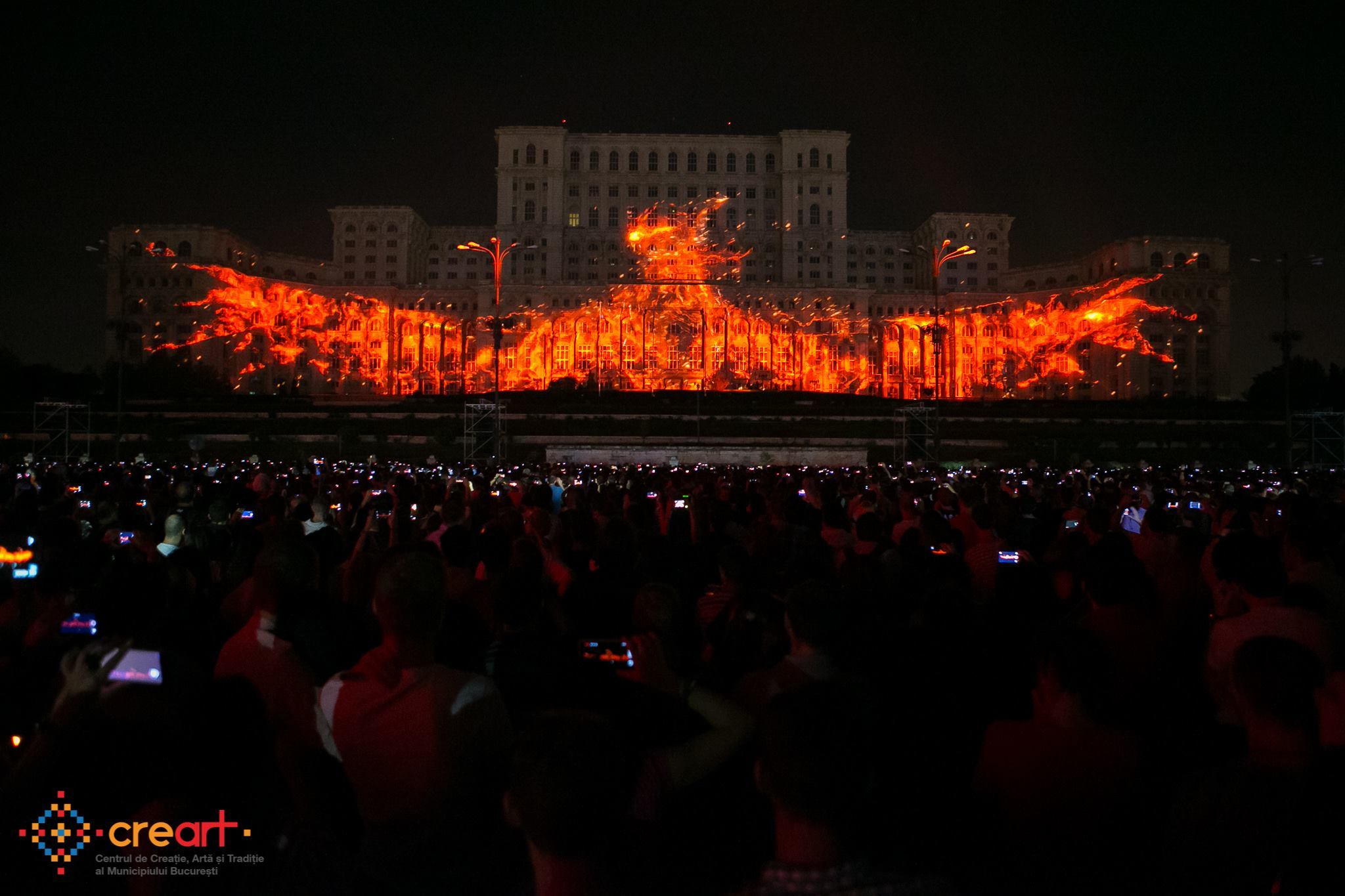 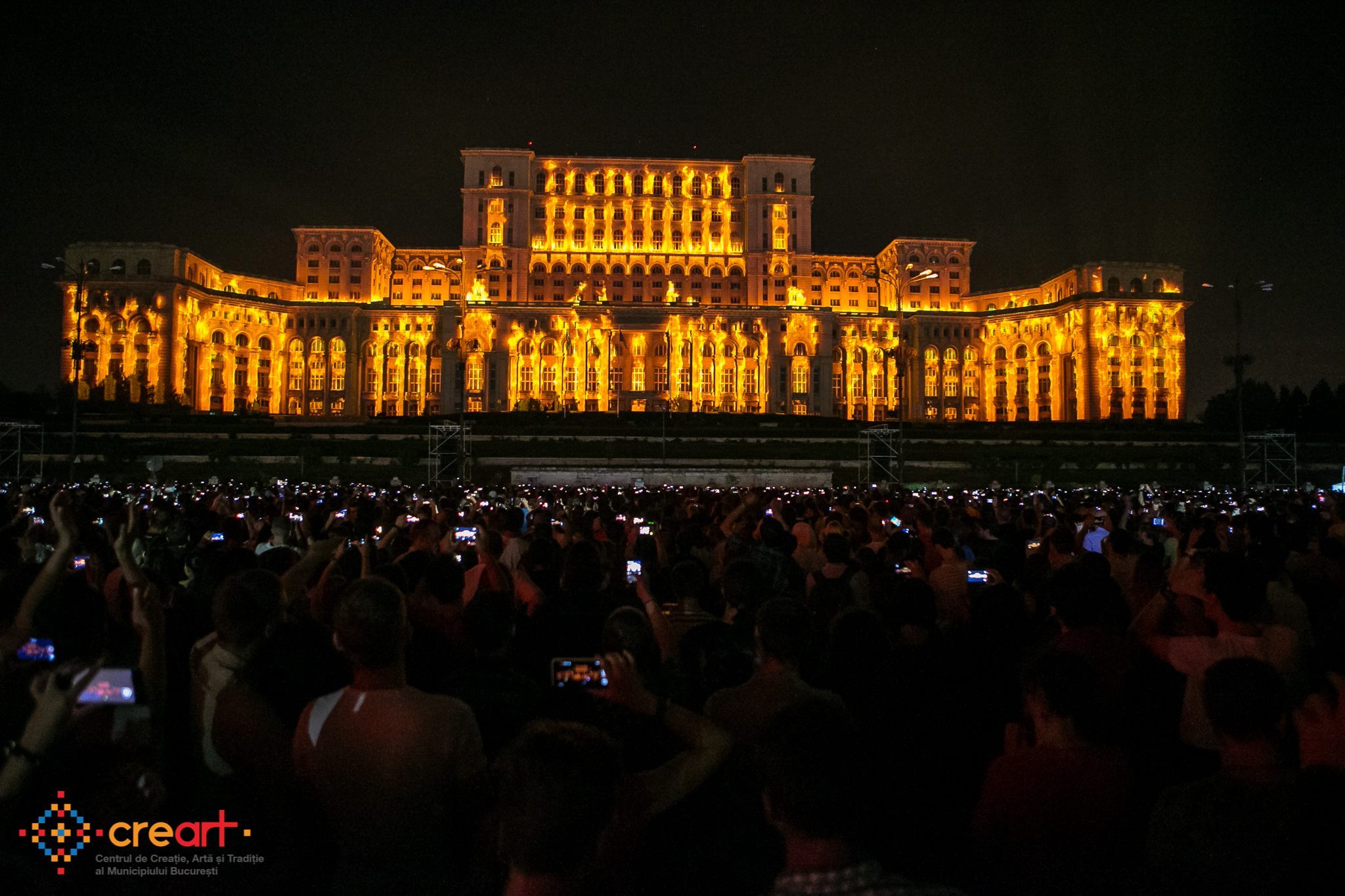 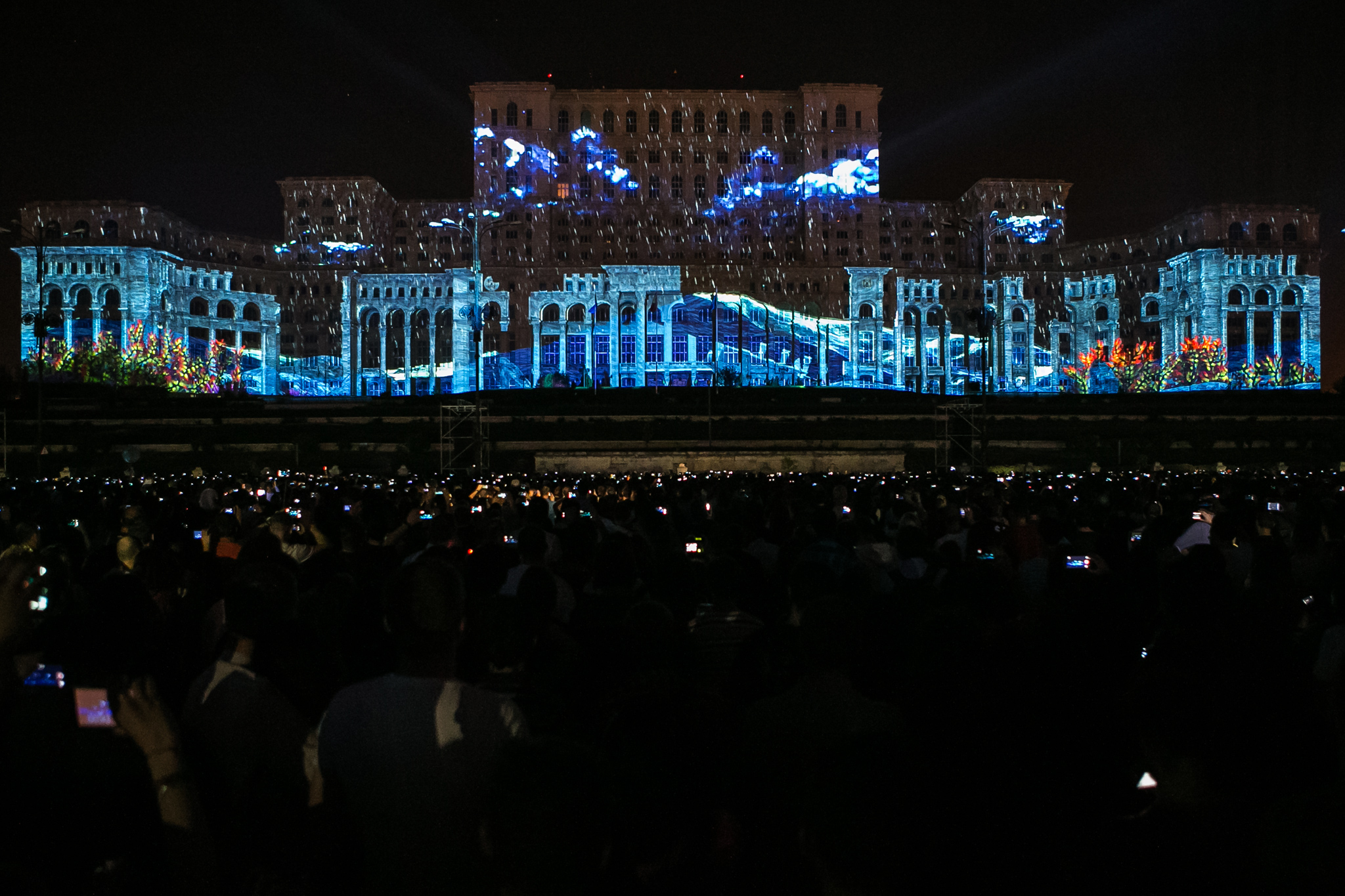